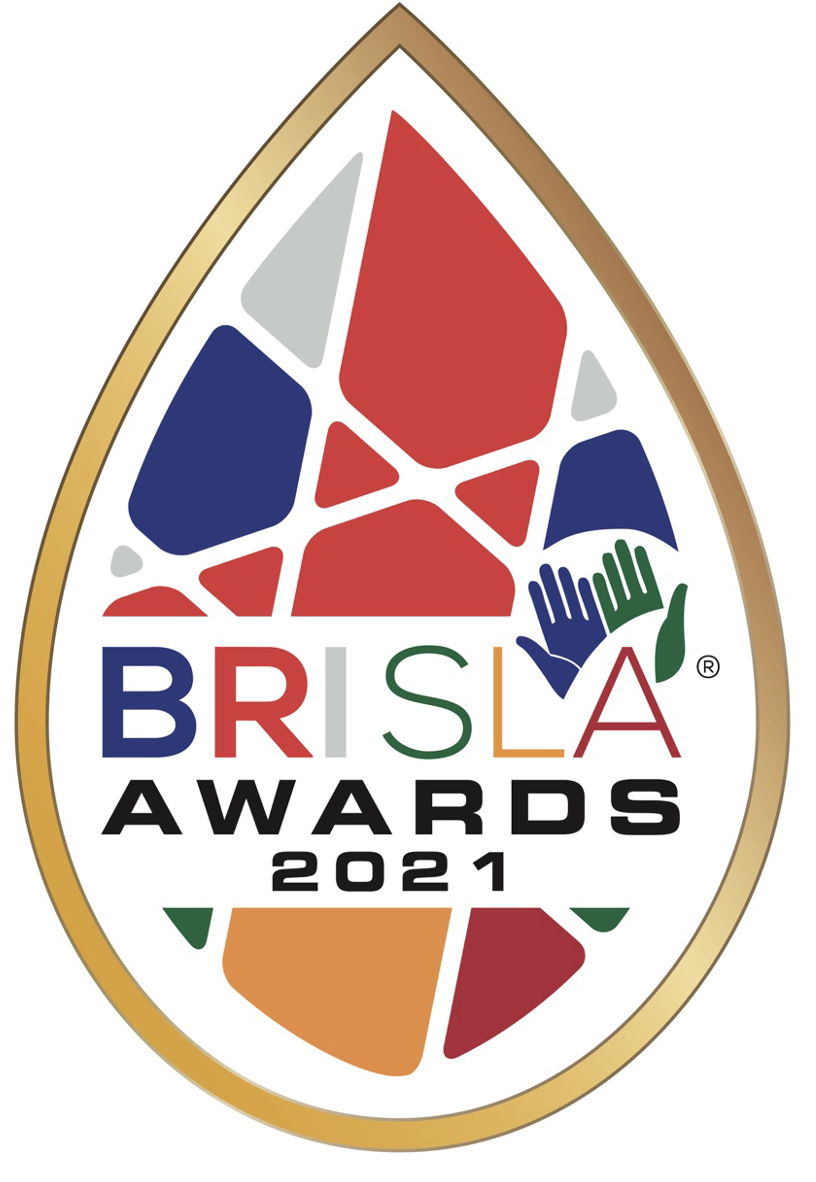 British Sri Lankan Association (BRISLA) – a non-party political organisation – was delighted to hold their annual awards evening that was postponed last year due to the pandemic.

Taking place in the City of Westminster, London, BRISLA Awards 2021 formally recognised the hard work and dedication of individuals and organisations who worked tirelessly behind the scenes to achieve a cohesive, fair and prosperous society for all. 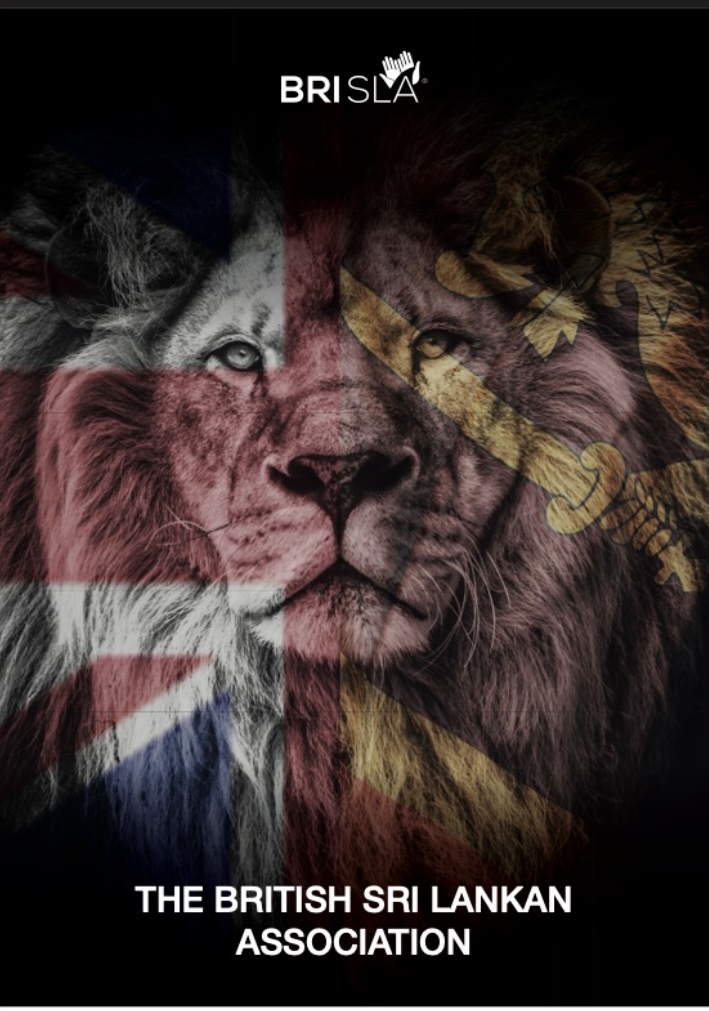 Since BRISLA was established in 2014, the organisation has sought the common good by striving to create unity with diversity and harmony by maintaining links between the communities in UK and Sri Lanka with the goal of improving the human condition.

Over the years, BRISLA has thanked countless contributors who make this possible through its awards evening and this year, 2021 was one of its most memorable events held near to St James’s Park, the oldest Royal Parks in London.

Dr Zimar Sivardeen, Chair of the not-for-profit organisation, says: “2020-2021 has been an incredibly challenging two years for everyone.  Regardless of one’s social status, occupation, place of residence, we all have been through shared times of great anxiety.”

“What has been remarkable to see, is the kindness and light that has come from these dark times.  Community heroes supporting their neighbours and this sentiment is at the heart of BRISLA and our awards.  Every year, the judges are always amazed by the selfless acts of others to give something positive back.  This is why, we did not forgo our 2020 awards evening. This year we were thrilled to celebrate the 2020 winners in addition to the new 2021 winners of the BRISLA Awards and meet the winners in person.”

The award evening recognised members who have dedicated their time and energy to make a positive impact.  Values that BRISLA sought with each entry included those of unity, cooperation, peace and inclusion and the winners delivered these with aplomb.

Master of Ceremonies: Mark Jones hosted the British Sri Lankan Association Awards for the last time. Mark has been at the helm of the BRISLA award ceremony since 2016 when it was held at the Lord’s Cricket Ground, Marylebone Cricket Club, London. 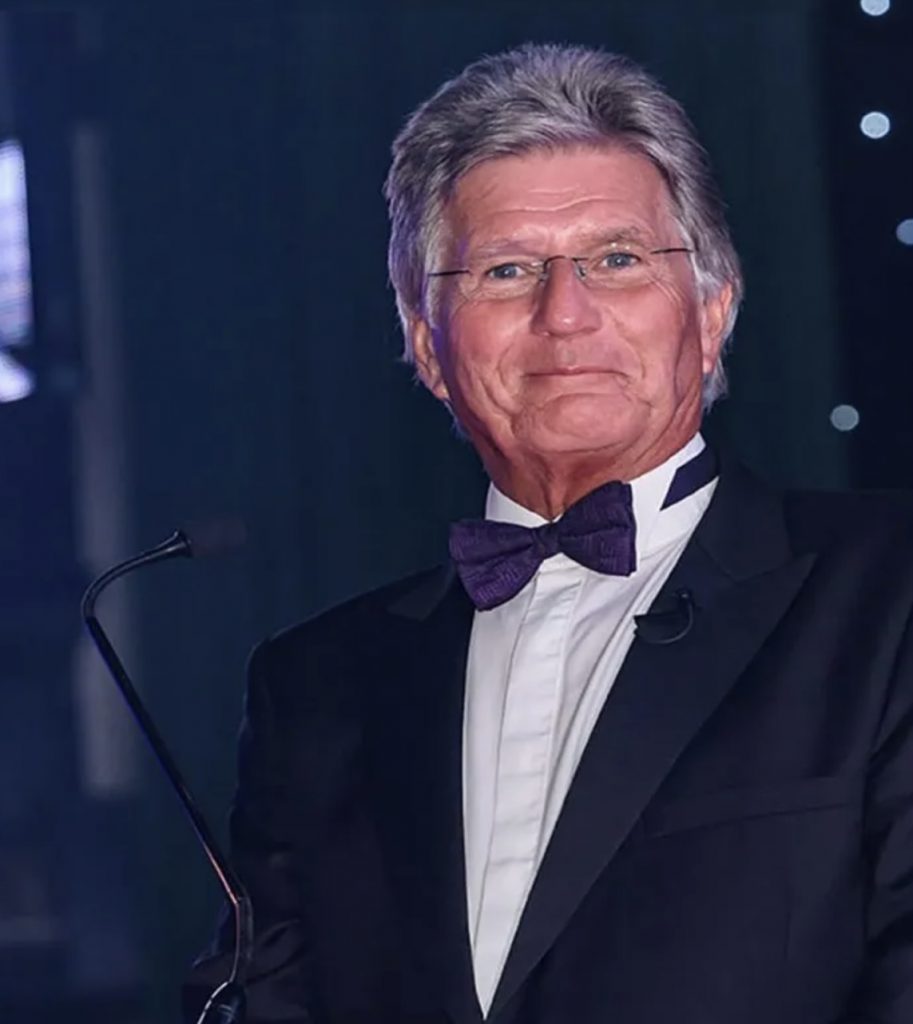 Master of Ceremonies: Mark Jones hosted the BRISLA Awards since 2016.

The following were the winners of the BRISLA Awards 2020 presented by Ambassador Philip T. Reeker, Chargé d’Affaires, the Embassy of the United States of America: 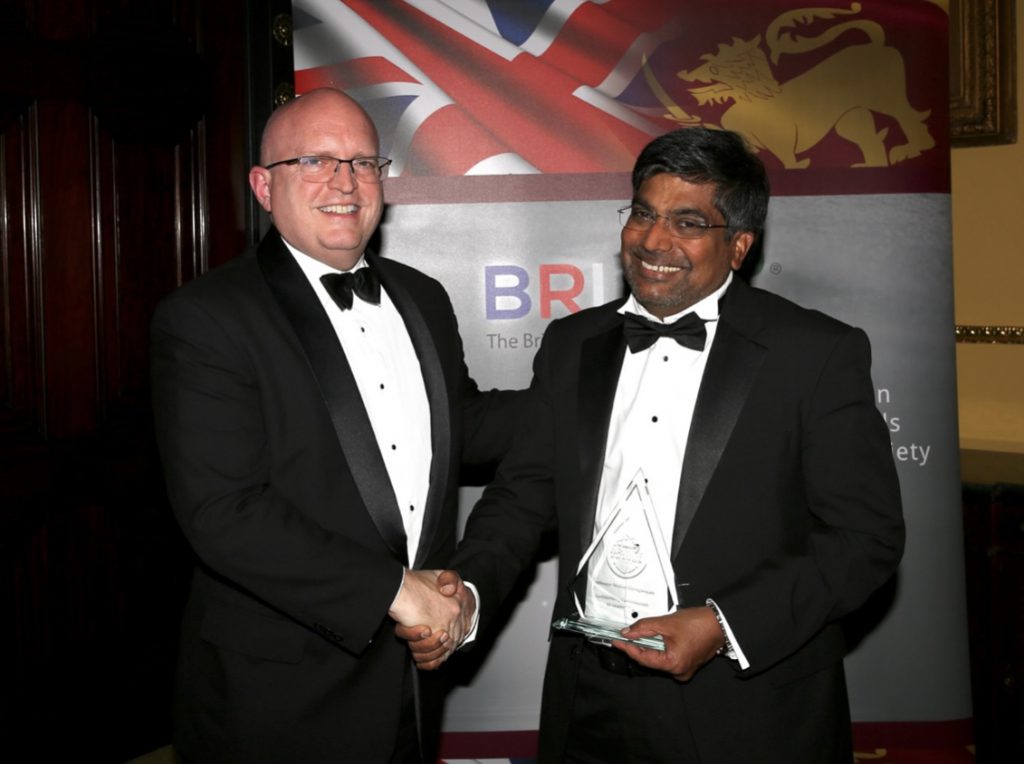 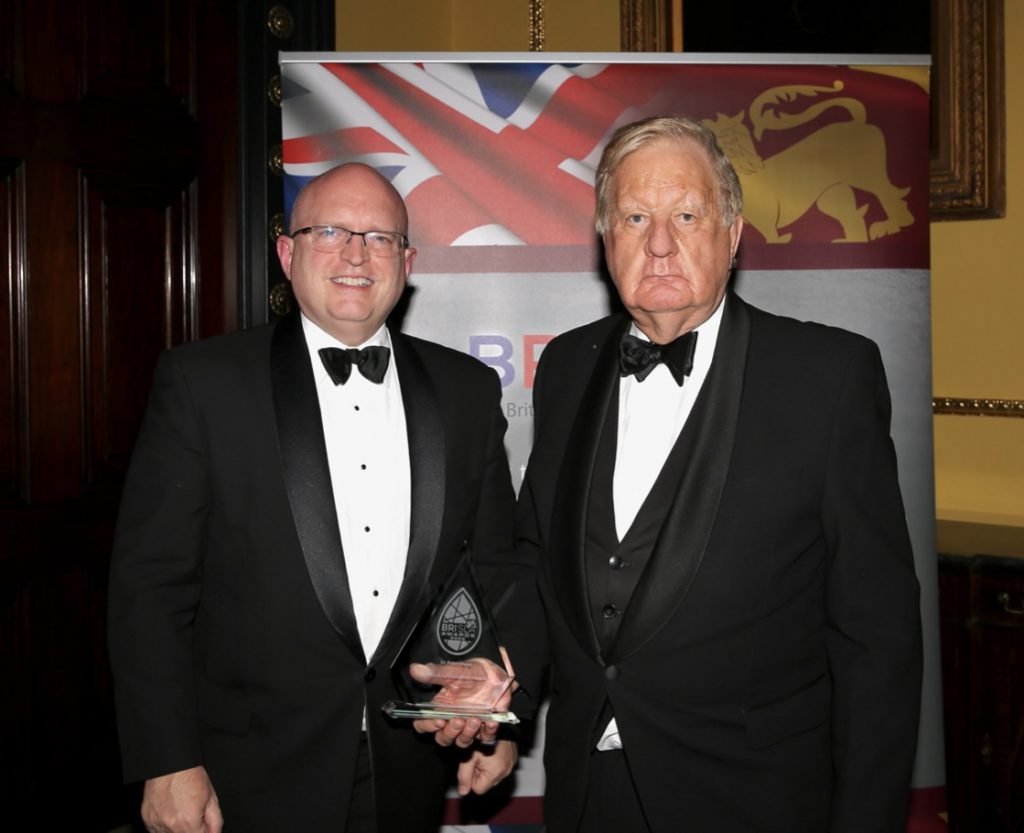 Outstanding Achievement in the Professions 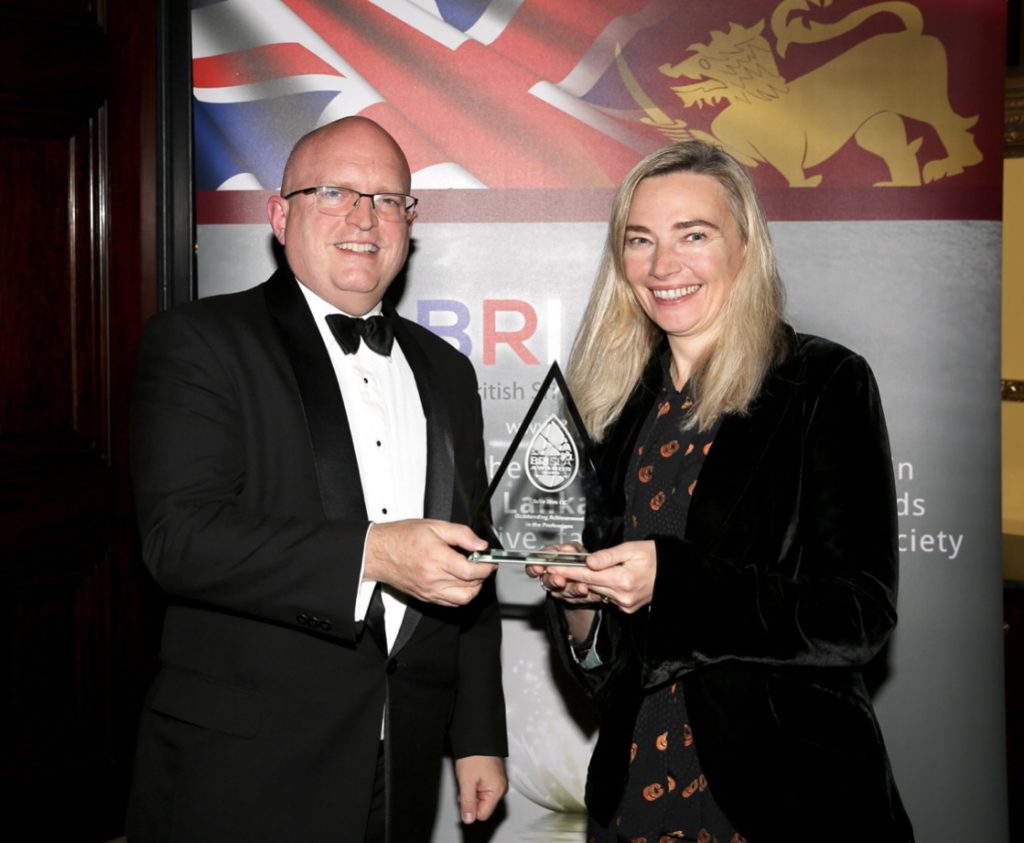 Local Community Hero of the Year 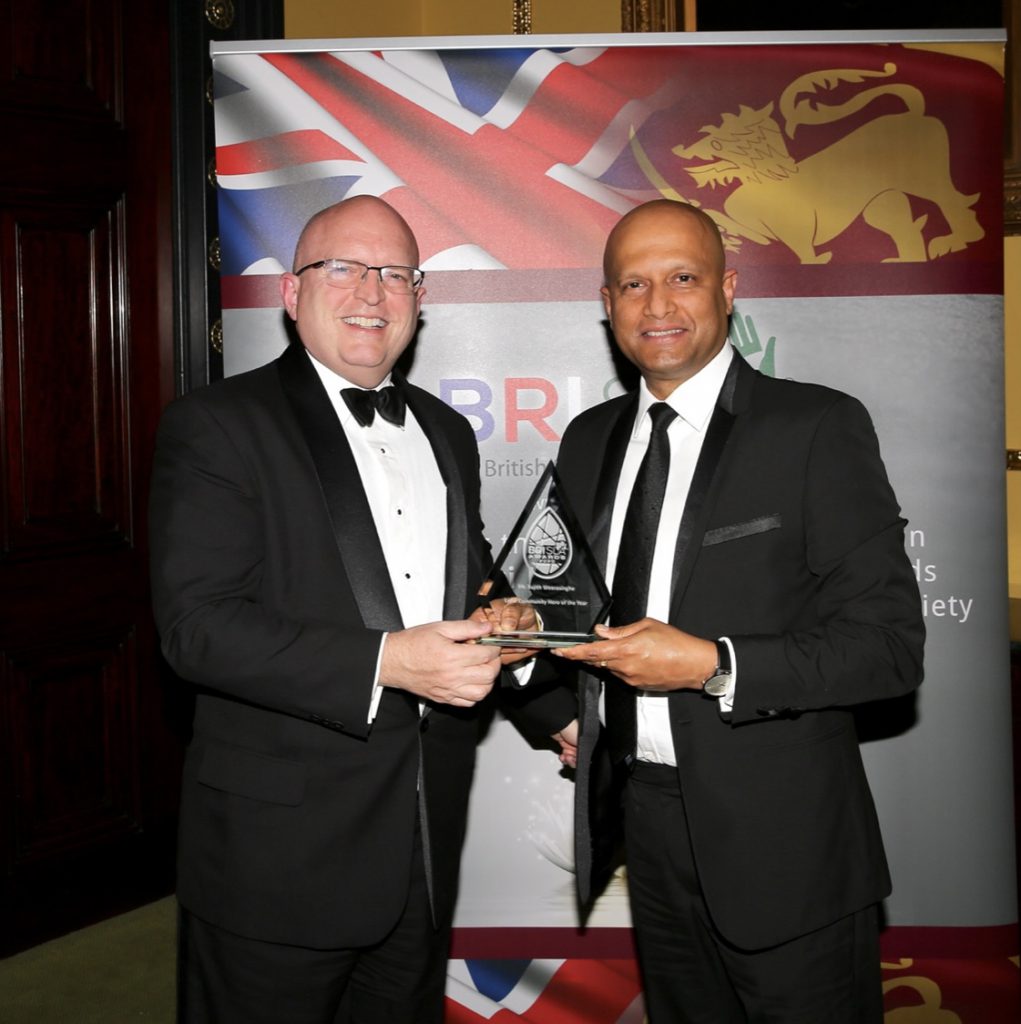 Lord Ahmad of Wimbledon had hoped to join the awards event during the evening, but due to his Ministerial duties he had to urgently travel abroad. He sent his apologies and best wishes to everyone but requested a statement was delivered to the guests pointing out the honour of being a winner of the Outstanding Contribution to the British Sri Lankan Community award.

Lord Ahmad reiterated: “The UK-Sri Lanka relationship is a special one, underpinned by deep historical ties and strong people to people links, not least the large Sri Lankan community in the UK who contribute so much to our country.”

The winners of BRISLA AWARDS 2021 presented by Her Excellency Mrs. Saroja Sirisena, Sri Lankan High Commissioner to The UK during the evening were: 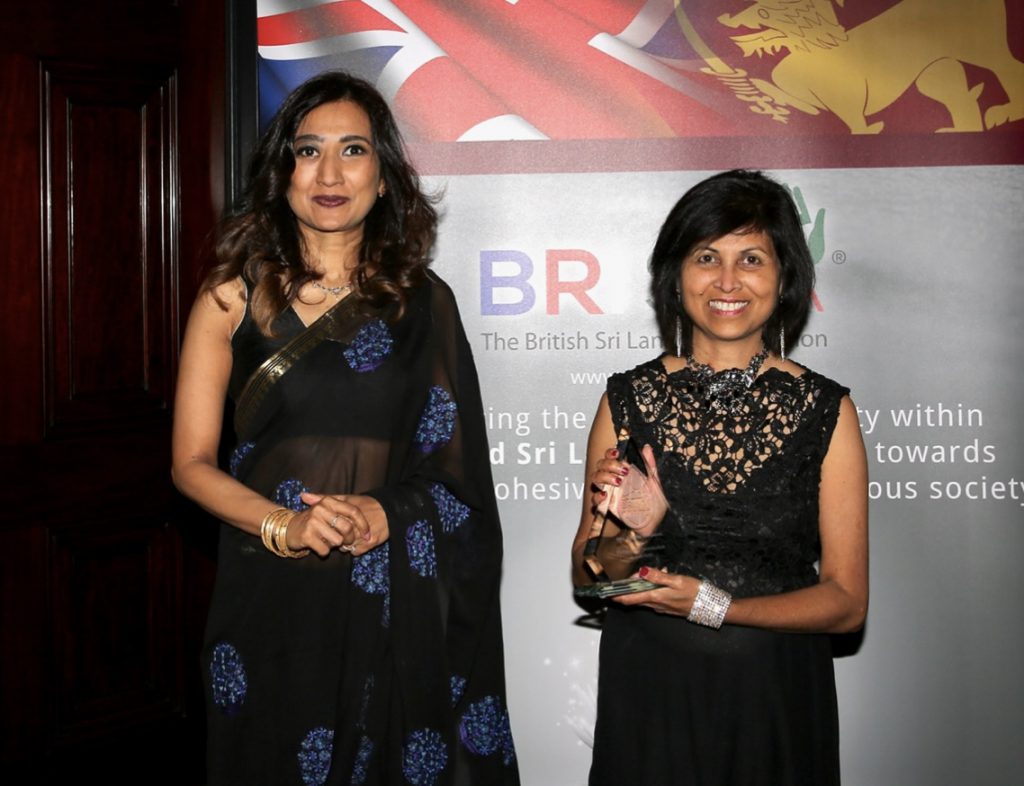 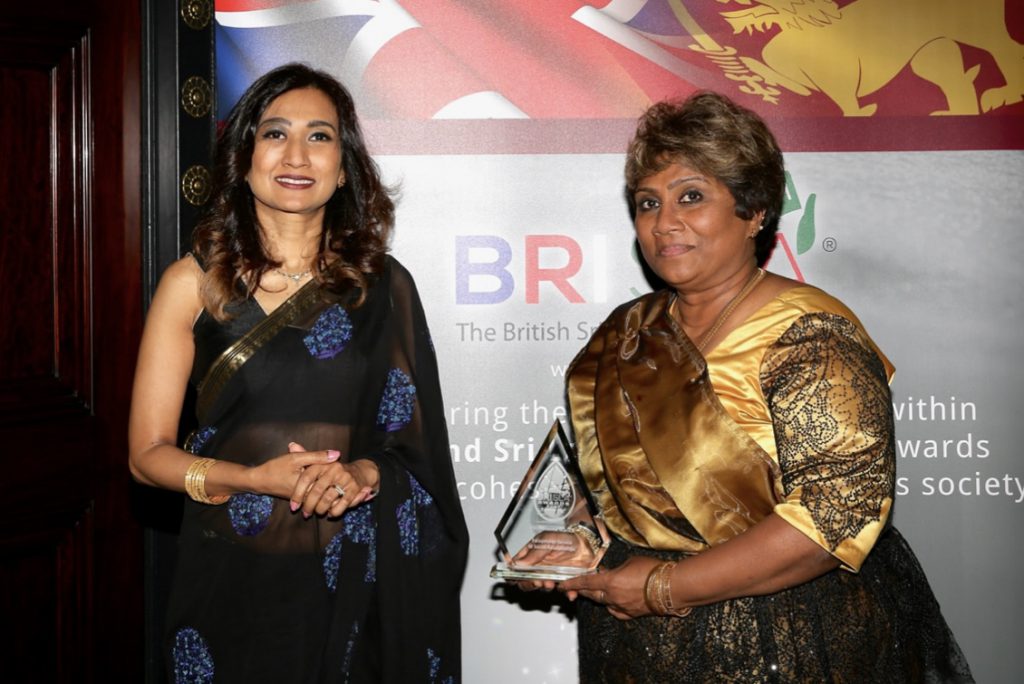 Outstanding Contribution in the Community 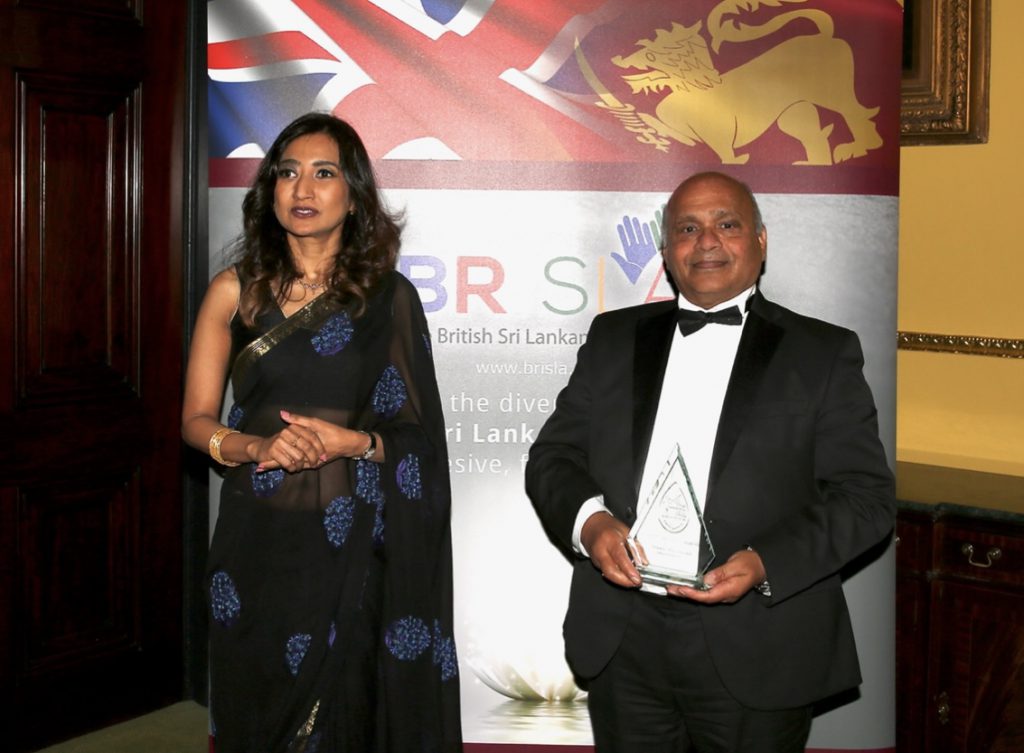 During the evening, the high dignitaries enjoyed poetry delivered by Jason Kouchak and very insightful speeches by Ambassador Philip T. Reeker, Chargé d’Affaires, The Embassy of The United States of America and Her Excellency Mrs. Saroja Sirisena, Sri Lankan High Commissioner to the UK.

Jason Kouchak an international concert pianist, reflected on how to build a Bridge of Harmony in communities-

“To build a bridge of harmony

Accept and embrace our differences

A brave new world of wonder

The future-for our children to dare to dream and discover

To build a bridge of harmony

Look up, Look out and Look within

Our melody the same song we sing

Listen to the space between the notes

In the here and now-

To build a bridge of harmony

Just tell me when 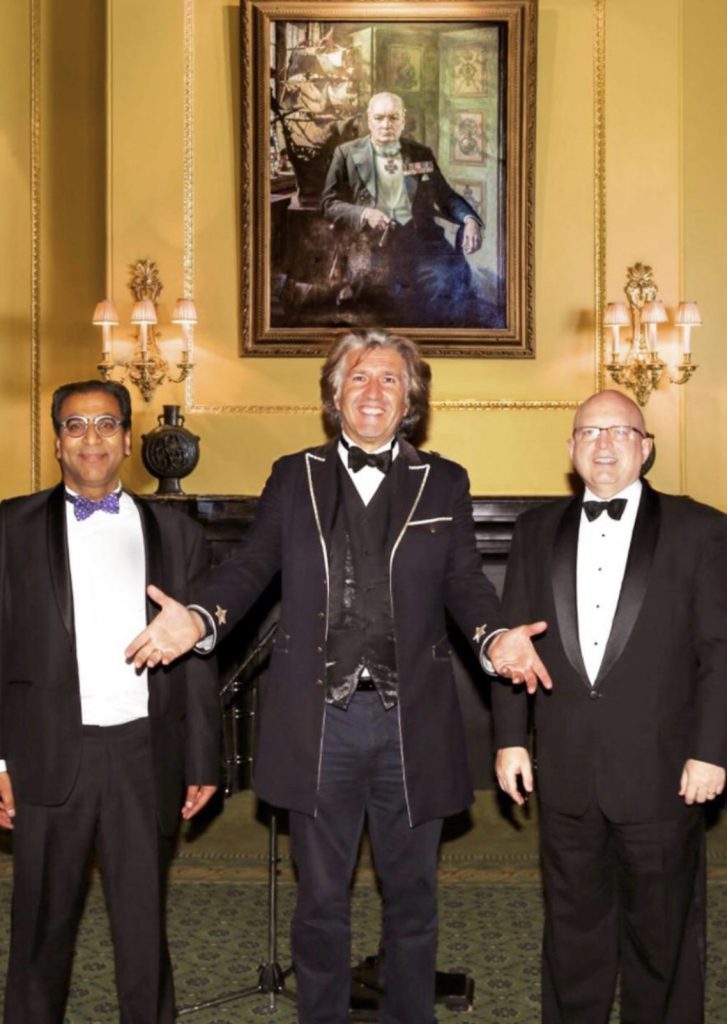 Ambassador Philip T. Reeker, Chargé d’Affaires, The Embassy of the United States of America spoke very eloquently on the trilateral relationship between the USA, UK and Sri Lanka and resonated with the aims of BRISLA.

Her Excellency Mrs. Saroja Sirisena, Sri Lankan High Commissioner to the UK discussed the shared heritage between the UK and Sri Lanka and the importance of the Commonwealth to the bilateral relationship. 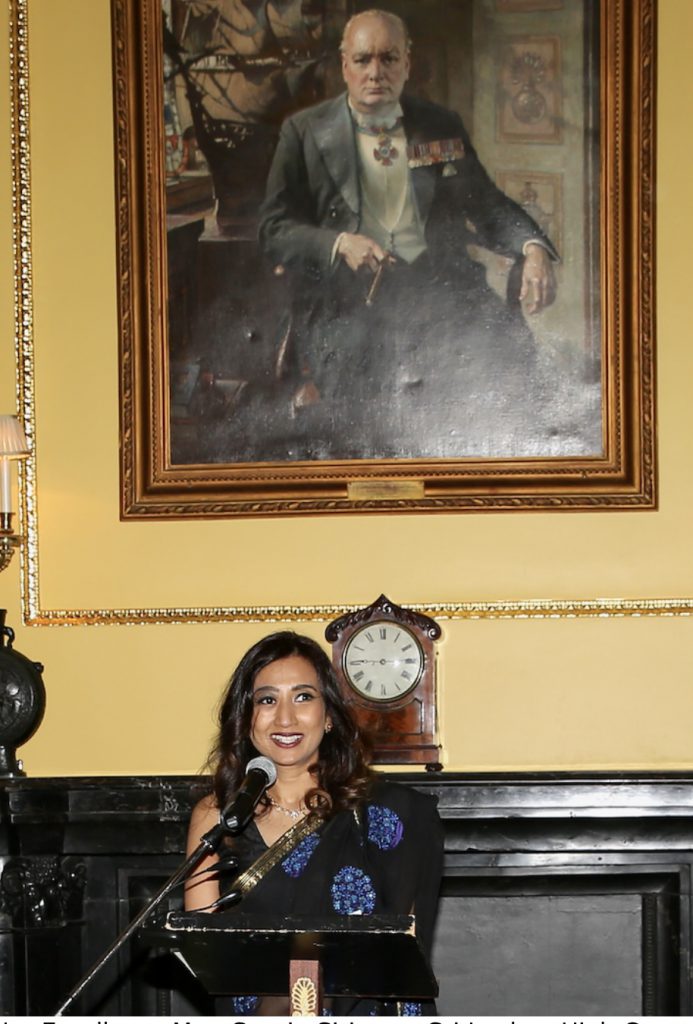 BRISLA would like to thank Basilur UK for donating their luxury gift pack of tea to the distinguished guests present during the exquisite menu crafted especially for the Awards evening.

The following are still images from the celebrations during the BRISLA Awards 2020/21. 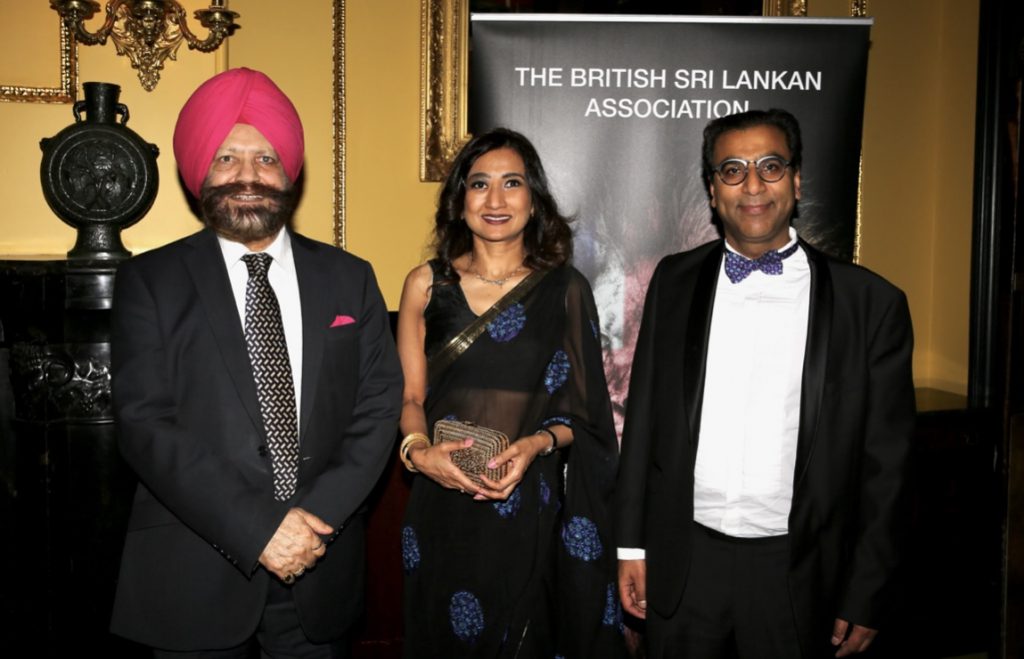 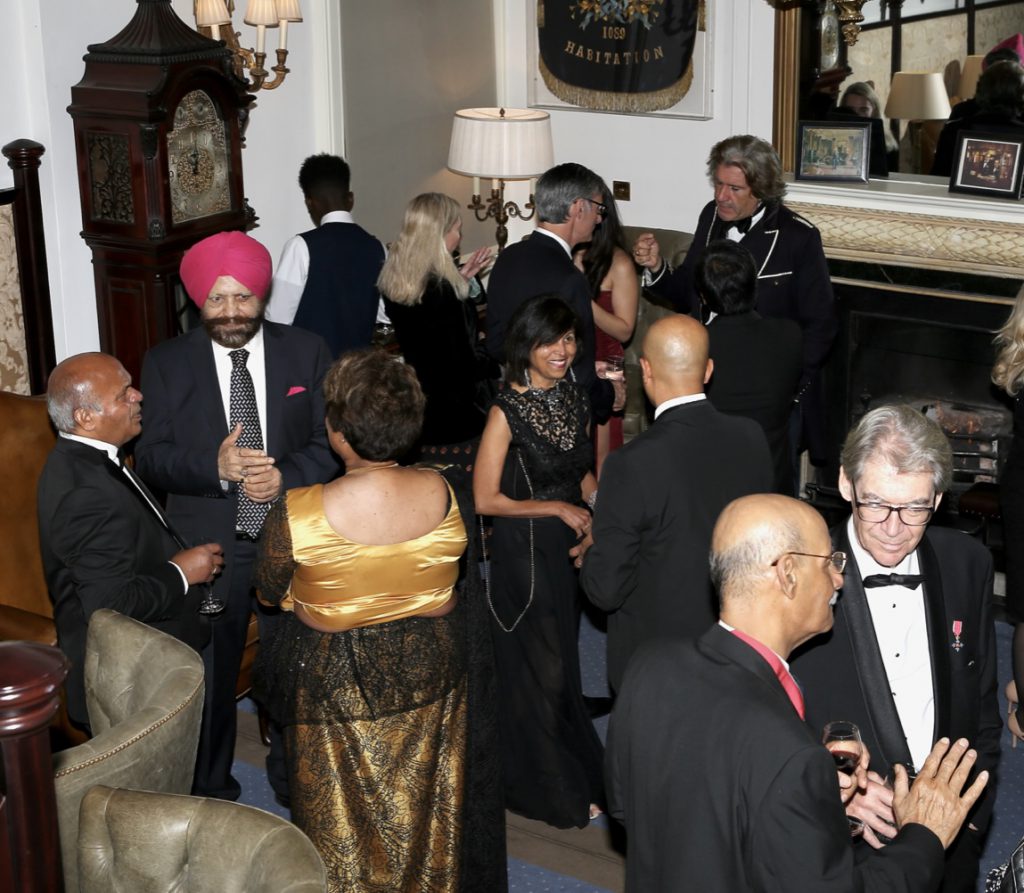 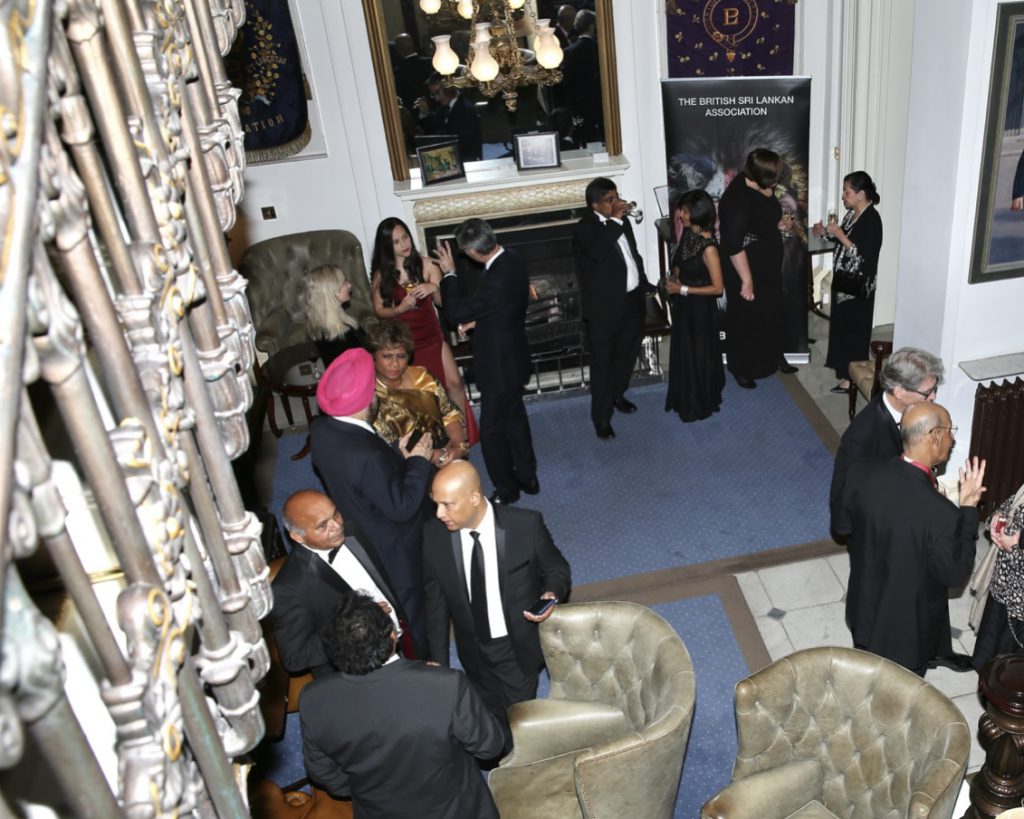 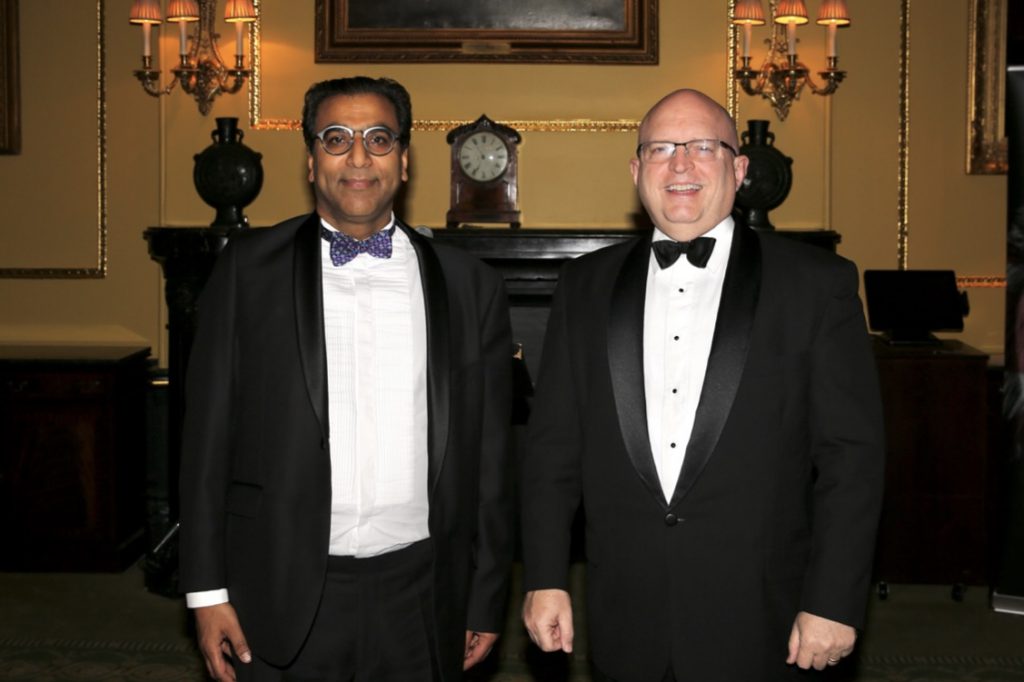 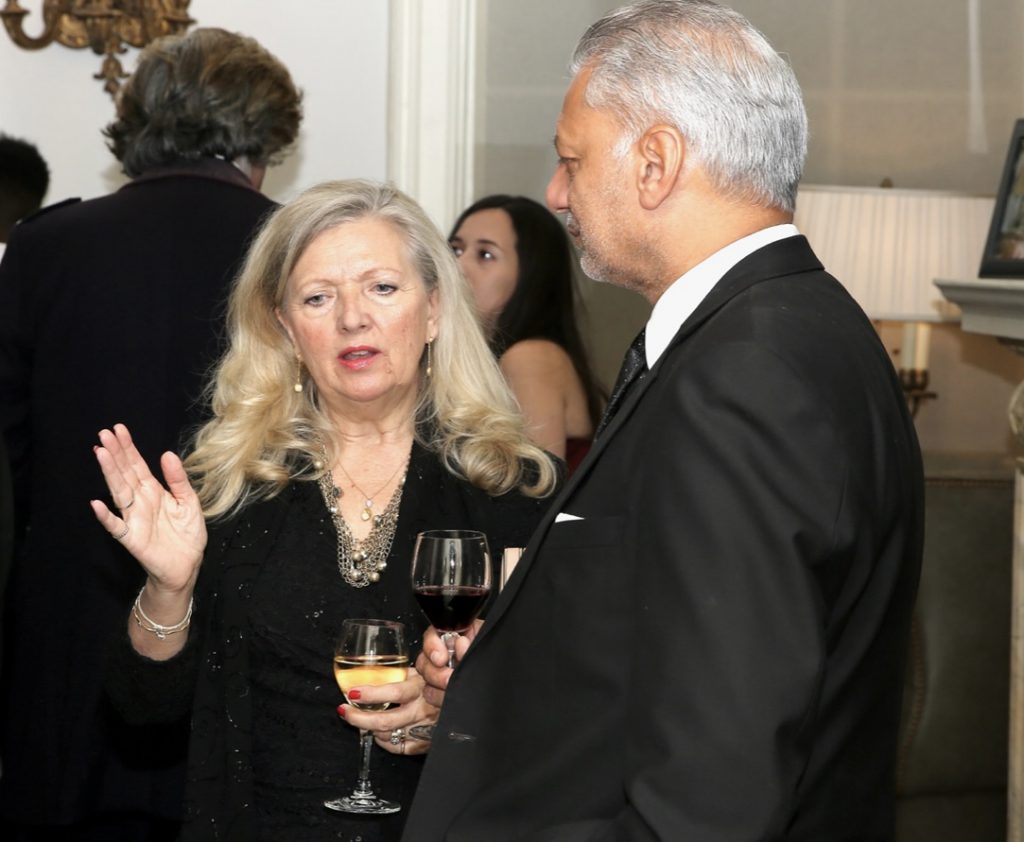 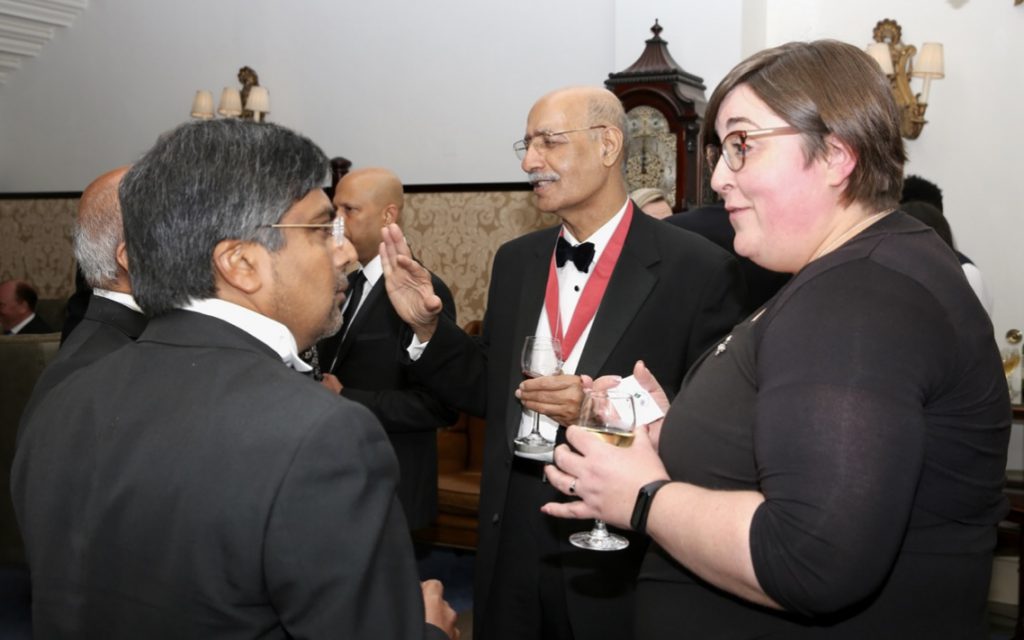