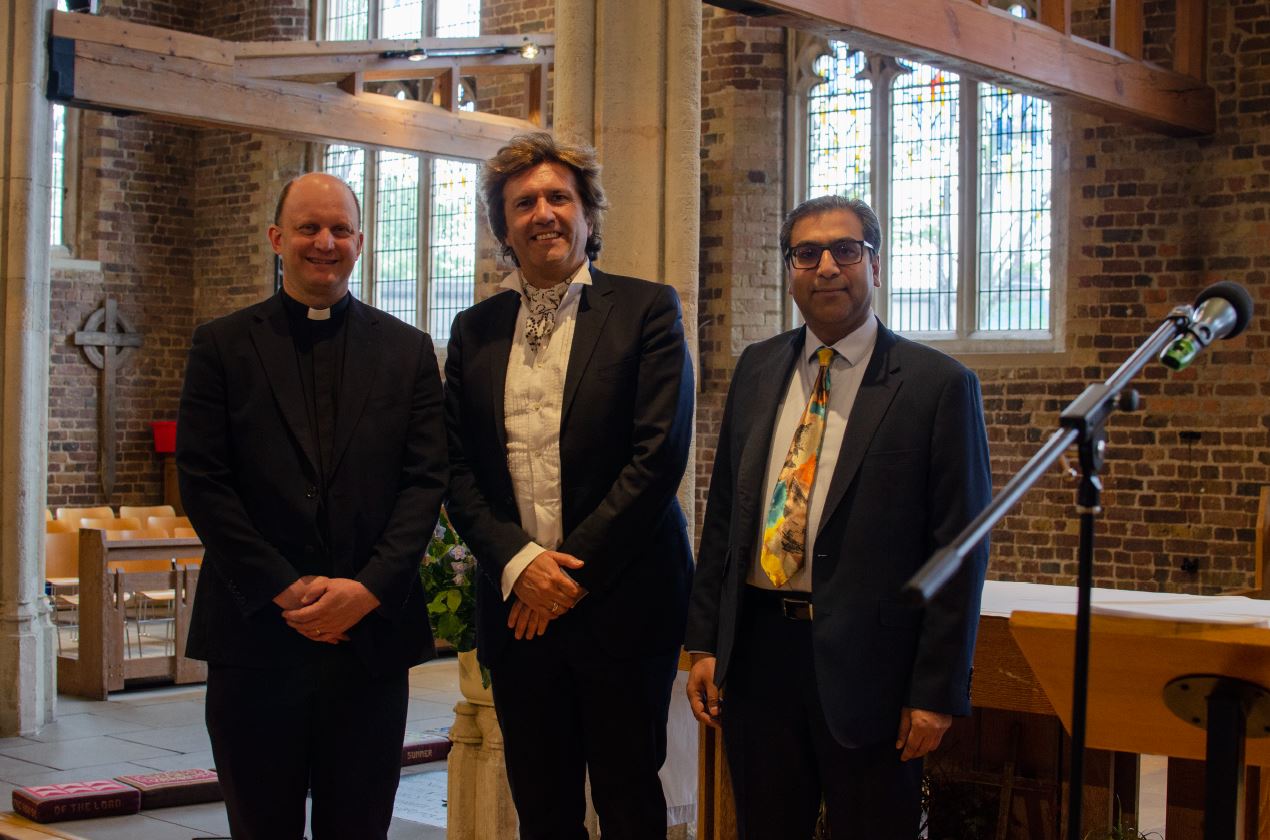 In May, BRISLA organised the Performance for Peace: Reflections and Prayer in Unity and Hope at St Mary’s Church, Putney following the tragic events in Easter in Sri Lanka.

The event, organised in co-ordination with leading international musician Jason Kouchak and friends, provided an environment to reflect and remember the lives lost and the importance of unity with diversity. The ceremony was attended by a diverse representation of distinguished guests from across all faiths and communities including diplomatic missions, religious representatives and leading social leaders including Mr Nirj Deva, Deputy Lieutenant of Greater London

Speaking at the event, Dr Zimar Sivardeen, Chairman of BRISLA, spoke of the importance of dialogue and cultural understanding between communities as an important tool to build social engagement and inclusion. The ceremony included a moment of reflection followed by a beautiful performance from Jason Kouchak and supporting musicians. A summary of Dr Sivardeen’s speech is available to download with the full speech available on the YouTube video above. 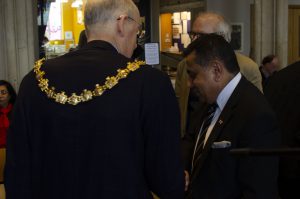 Further speakers at the event included Lord Ahmad of Wimbledon, Minister of State for the Commonwealth and the United Nations and the Prime Minister’s Special Envoy on Freedom of Religion or Belief, who spoke of his personal religious upbringing and the importance of diversity and community. 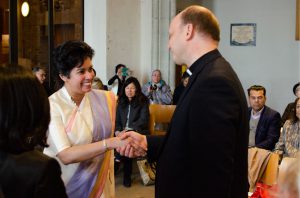 H.E. Manisha Gunasekera, High Commissioner of Sri Lanka to the United Kingdom, also spoke of the importance of international collaboration in building communities and social inclusion. This was supported by speeches from the Mayors of Wandsworth and the Royal Borough of Kingston upon Thames and Mr Imtiaz Ahmed and Father Michael O’Dean. 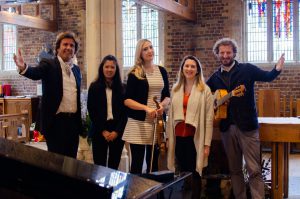 Jason Kouchak and the talented musicians at the Performance for Peace

The event ended with the lighting of ceremonial candles to support the reflection and represent the role of cohesion between communities. 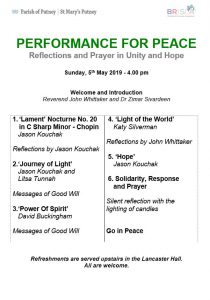 Agenda of the Performance for Peace

We express our sadness at the acts of barbarity in Sri Lanka during the holy Easter Sunday.

We would like to extend our deepest sympathies and condolences to all those affected; worshippers of Christian faith during the holy Easter weekend, and individuals and families – both local and from overseas, who lost their lives. Our thoughts are also with the unfortunate members of all communities who were injured and who experienced this terrible scene.

We would like to thank the work of the emergency services and those who voluntarily donated blood during this tragic period.

These shameful and despicable attacks transcend politics and policies; belief and non-belief.

It is now more important than ever to highlight the objectives that BRISLA promotes; unity with diversity.

Moving forward, it is imperative that all of us from diverse origins join together in a spirit of peace and seek harmony.

We, as members of humanity, of all faiths and no faith, must stand together against these atrocities.